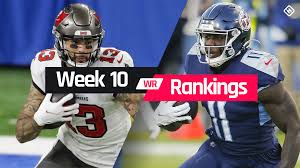 Welcome to Week 10 Fantasy Football of the 2021 NFL season! I already know your team is looking playoff bound, but we can’t take our foot off the gas pedal. Let’s deliver more wins and finish strong heading into your league’s postseason!

Remember to always churn those last couple bench spots to make sure you’re bringing your best options to your lineup. Every lineup spot counts! Check out Jen Piacenti’s Week 10 waiver wire pickups for guidance on who to target.

The Lineup Cheat Sheet combines Fantasy analysis and game-flow predictions with a confidence scale to give you a definitive answer on who to start in your leagues.

To find a specific player, use your search function — CTRL-F on PCs and Command-F on Macs. If neither of those are options, or if you’re on a mobile device, you can scroll by game. 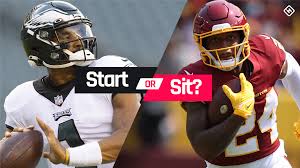 Washington has allowed the most fantasy PPG to QBs this season (24.67), which includes nearly 300 passing yards and 2.5 passing touchdowns per game. The wild part is — that would be a down game for Brady as he averages 331 passing yards and three passing TDs per game.

The G.O.A.T. may be having his best year yet and this has the potential to be one of his biggest games of the season.

Tom Brady is the number one scoring fantasy quarterback after being drafted as QB10 this offseason. James Conner is RB 11 in PPR leagues after going off the board as the RB36.

Only two of the top ten scoring wide receivers were drafted as a top ten wide receiver, with five of the top ten drafted at WR20 or later. Don’t even get me started about the tight end position. It’s safe to say that things haven’t gone according to plan for the 2021 fantasy season.