Both the fighters are sons of boxing legends Tommy “The Duke” Morrison and Hasim Rahman.

We never got to see two legends fight but their sons will carry on their legacy and be a Heavyweight Champion.

This will be a battle talked about for years to come, you won’t want to miss the action read to find out how to watch Pay Per View Boxing online.

Don’t miss the fight dubbed Sons of Legends. Morrison and Rahman Jr are both undefeated and the WBC USNBC Heavyweight Title is on the line!

Morrison is heavily predicted to win tonight, but both fighters have more than proven themselves in the ring.

Rahman Jr won by TKO last year against Nathan Bedwell and has 5 knockout wins so don’t count him out. Morrison vs Rahman Jr is set to start at 10 PM ET from Virgin Hotels in Las Vegas. The fight can be Streamed on Fite.TV PPV. 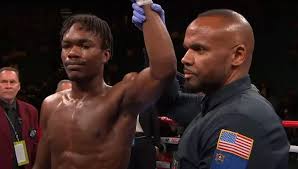 This bout will mark the first time in boxing history a fight between the two sons of the former Heavyweight Champions.

“We are extremely excited to see Morrison and Rahman fight for the WBC USNBC Heavyweight Title. When the two big punches meet, we are bound to see fireworks,” says Ares Entertainment owner Michael Aboul.

Hearn is often portrayed as the Dagenham swaggerer made good. His general bonhomie does little to dispel this image. But, of course, he is much more than that.

He revolutionised darts. He took snooker from the halls to become a television phenomenon. He promoted boxers such as Chris Eubank and Nigel Benn. He even dabbled in football with Leyton Orient.