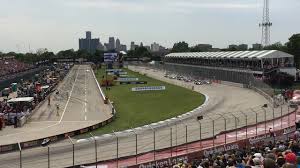 Will Power won the 2022 Chevrolet Detroit Grand Prix, the final race on Belle Isle, and now Page turns to the future of the race in the center of downtown Detroit.

The NTT IndyCar Series and other racing series will return to the streets of Downtown Detroit on June 2-4, 2023, with a short course running along the Detroit Riverfront. Last year, the Detroit City Council approved plans for the race to return to downtown Detroit.

The track will feature 10 turns and will be 1.7 miles in length, shorter than the 13-turn, 2.3-mile track on Belle Isle. The start/finish line will be along Franklin St. and Schweizer Place.

It will run along Franklin St., make a left on Rivard, a left on Jefferson Ave. and continue west to Griswold before making a quick left back onto Jefferson, a right on Bates and then a left on Atwater along the Detroit Riverfront.

They’ll make a left on St. Antoine and then a right onto Franklin down the front stretch. 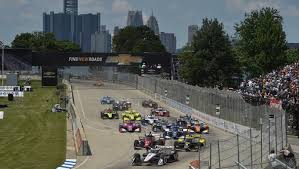 Coming to the Chevrolet Detroit Grand Prix, Will Power had been the lone Team Penske driver to have not driven his car into Victory Lane this season.

That changed on Sunday in IndyCar’s final event at the 2.35-mile temporary street circuit on Belle Isle Park as the Australian used a three-stop strategy that saw him run the primary Firestone Black tires in his opening two stints before putting on the softer alternate Reds and hanging on at the finish to hold off Alexander Rossi.