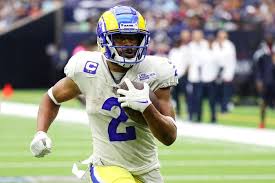 Robert Thomas Woods is an American football wide receiver for the Los Angeles Rams of the National Football League. He played college football at USC, where he was recognized as a consensus All-American. He was drafted by the Buffalo Bills in the second round of the 2013 NFL Draft.

The news from Los Angeles is not good. Robert Woods tore his ACL during practice on Friday and is expected to miss the rest of the season, sources have told ESPN’s Adam Schefter and Dianna Russini.

Over the last five games, Woods, 29, had begun trending up in his fifth season with the Rams. He was averaging 9.0 targets, 76.8 receiving yards, and 18.2 fantasy points per game from Weeks 5-9. It was an increase from his average of 6.2 targets, 43.0 receiving yards and 10.0 fantasy points over the first four weeks of the season.

In what is now a very fortuitous move, the Los Angeles Rams signed Odell Beckham Jr. just one day before the unfortunate news of Woods’ injury broke. Fantasy managers might assume that Beckham will immediately take over the No. 2 receiver role with the Rams, but I don’t think so.

Former second-round pick Van Jefferson has the chance to become even more fantasy relevant with this opportunity. He has already become the Rams’ No. 3 receiver this season after replacing Josh Reynolds. 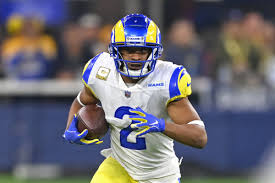 Woods had been playing well this season in a high-powered Rams offense led by Matthew Stafford. The veteran wideout had recorded 45 receptions (69 targets) for 556 yards and 4 touchdowns. While he was the No. 2 option on his own team, Woods is the WR12 in PPR scoring, averaging 15.2 fantasy points per game (23rd).

There were ups and downs throughout the year, but Woods seemed to have turned a corner regarding consistency, finishing as a WR2 or better (top-24) in four of his last five games.