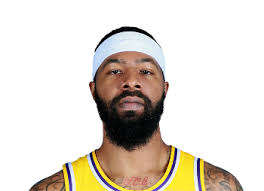 Markieff Morris is an American professional basketball player for the Miami Heat of the National Basketball Association. He played college basketball for the Kansas Jayhawks before being drafted 13th overall in the 2011 NBA draft by the Phoenix Suns. He won an NBA championship with the Los Angeles Lakers in 2020.

Nikola Jokic captured the eyes of the NBA world when he was ejected for a dirty play on Markieff Morris. If there was one person everyone had their eyes on for a reaction, it was Markieff’s brother Marcus.

Shortly after the Nuggets-Heat game finished, Marcus tweeted out his thoughts: “Waited till bro turned his back smh. NOTED”

Nuggets center Nikola Jokic was ejected from Denver’s win over the Heat on Monday night after he shoved Miami forward Markieff Morris in the fourth quarter.

Jokic was bumped by Morris with more than two minutes left in regulation as Denver held a 111–94 lead. But rather than ignore the contact, Jokić quickly retaliated, giving Morris a hard shove to the floor. A stretcher was initially taken out, but Morris did walk off with the help of Miami medical staff. 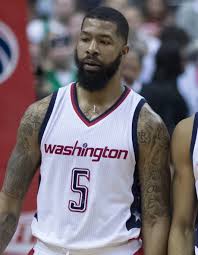 Denver Nuggets center Nikola Jokic was suspended by the NBA on Tuesday after he was ejected Monday for a retaliatory foul in response to a flagrant foul by Miami Heat forward Markieff Morris.

The league suspended Jokic for one game for “forcefully shoving” Morris from behind. Morris was fined $50,000 for a flagrant 2 foul that spurred Jokic to retaliate.

The Heat were more concerned with forward Markieff Morris, who sustained a neck injury after being shoved from behind by Nuggets center Nikola Jokic. Both players were ejected.

“We wanted to make sure Kieff was and is OK. We’ll find out more,” Heat coach Erik Spoelstra said. “He’s moving around right now in the locker room. But that was a very dangerous, dirty play.”