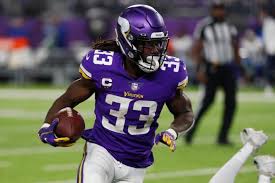 Dalvin James Cook is an American football running back for the Minnesota Vikings of the National Football League. He played college football at Florida State, where he finished his career as the school’s all-time leading rusher. Cook was drafted by the Vikings in the second round of the 2017 NFL Draft.

ESPN first reported that Cook’s agent Zac Hiller said Tuesday that there is pending litigation in the case.

Hiller told Pro Football Talk that a person broken into Cook’s residence about a year ago and the woman, who is in the U.S. military, attacked Cook while he was there with a guest.

Hiller told ESPN the woman used a stolen garage door opener to enter the house and pepper sprayed Cook in his eyes upon making entry.

A woman claiming to have dated Dalvin Cook throughout the past three years says the NFL star beat the hell out of her in Nov. 2020 … leaving her a scratched, bruised and bloody mess.

But the Minnesota Vikings running back is adamant he’s actually the victim … and the woman is now attempting to extort him. 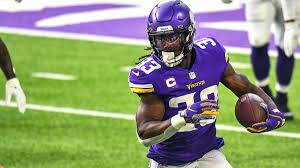 Trimble claims Cook had gotten her pregnant, but she suffered a miscarriage — and while in the hospital dealing with it all, she says Cook was cheating on her.

Trimble says that led to “physically violent argument” between the two, where she claims Cook pushed her — resulting in their break up.

An ex-girlfriend of running back Dalvin Cook says the Vikings running back physically abused her and held her hostage a year ago.

Sgt. 1st Class Gracelyn Trimble accused Cook of “giving me a concussion, leaving a scar on my face and taking me through hell” in a lawsuit filed Tuesday, per the Star Tribune of Minneapolis.