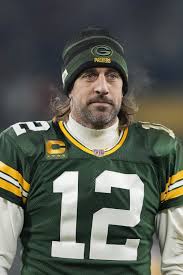 Aaron Rodgers became in some ways more talked about over his decision to not be vaccinated, his displeasure over the NFL’s health and safety protocols, cancel culture, the “woke mob” and his relationship with podcast host Joe Rogan, than his brilliant play on the football field in 2021.

Unvaccinated people are more likely to end up in the hospital and die from COVID-19 than those who are vaccinated, national and Wisconsin data has shown.

As immunity wanes from the initial two-dose vaccine, a booster is also 90% effective at keeping people infected with the omicron variant out of the hospital, new CDC data shows.

Aaron Rodgers blasted President Joe Biden and his “fake White House” in an anti-vaccine rant that also seemed to question the 2020 election result… “And you still have this fake White House set saying that this is the pandemic of the unvaccinated. That’s not helping the conversation.”

During the ESPN interview, which came out January 21, Rodgers talked about his life off the field, football and then transitions to the COVID-19 pandemic, specifically the in-season controversy surrounding his vaccination status. 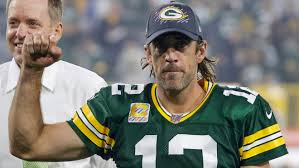 during Tuesday’s interview, Rodgers mentioned that the in-season controversy over his vaccination status grew to be so big because he had never really talked about his life off-the-field before or shared his opinions on subjects.

Rodgers says people enjoyed hearing from him right up until the point where he had an opinion that went against the “mainstream narrative.”

Packers quarterback Aaron Rodgers admitted to the media after his team’s last-second loss to the 49ers that he wasn’t expecting to have to be talking about his future—with or without the franchise—just yet. But one quote from his post-game press conference is getting a great deal of attention Sunday morning.

Rodgers was asked if he thought it was still possible to win a Super Bowl with the Packers, or whether this season was his last shot. He replied, making clear he’s not looking to stick around for a “rebuild” if that’s the direction the team takes.