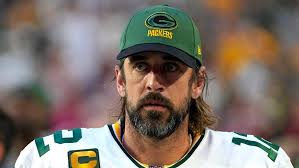 Rodgers began his college football career at Butte College in 2002 before transferring to the University of California, Berkeley to play for the California Golden Bears, where he set several career passing records, including lowest single-season and career interception rates.

He was selected in the first round of the 2005 NFL Draft by the Packers.

Aaron Rodgers shared no news about his future with the Packers on Tuesday. Instead, he used to show on “The Pat McAfee Show” to share that he has recently undergone a 12-day Panchakarma cleanse.

That news is certainly disappointing to those who are keenly interested in what the future holds for the two-time defending NFL MVP.

But he did at least share a glimpse into his health, even if most people likely have never heard of Panchakarma. The practice, a principle of Ayurveda medicine is largely unknown and understudied in American medicine.

As he is done for the last many years, Aaron Rodgers spoke to Pat McAfee as what could be a chaotic offseason for him and the Green Bay Packers continues, hours after he posted a lengthy Instagram message to Shailene Woodley, his teammates and fans.

It was during that conversation that he mentioned he had just finished a Panchakarma cleanse after the end of the season. 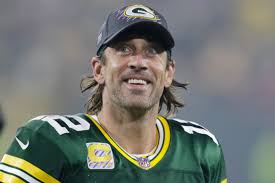 Panchakarma is a principle and practice of Ayurveda, an ancient and holistic system of medicine practiced in India. It should be noted that, according to the National Center for Biotechnology Information, the purpose of Ayurveda is not to eliminate disease, but to promote health.

To that end, Panchakarma is a practice of removing toxins from the body — which could otherwise lead to disease — thus ensuring a healthy body moving forward.

Per Vikaspedia, Panchakarma determines several parts of the body that can be cleansed: the head and both the upper and lower parts of the gastrointestinal system.

Poorva Karma, which is the preparatory procedure required before the main procedure to enable a person to receive the full benefits of the main treatment. It consists of two main processes — Snehan (oleation) and Swedan (fomentation).

These methods help to dislodge the accumulated poisonous substances in the body, thus preparing them for their complete removal.

Pradhan Karma, the main procedure. On completion of the first step, it is decided which of these are to be done depending upon the proximity of the waste.

An increasing level of upper respiratory tract waste shall call for Vamana. Similarly, a lower gastro accumulation of waste calls for a Virechanam.

To that end, Panchakarma is a practice of removing toxins from the body — which could otherwise lead to disease — thus ensuring a healthy body moving forward.