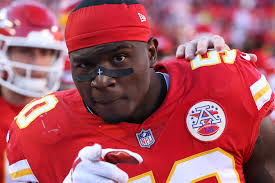 Willie Gay Jr. is an American football linebacker for the Kansas City Chiefs of the National Football League. He played college football at Mississippi State.

He was drafted by the Chiefs with the 63rd overall selection in the 2020 NFL Draft.

Willie Gay was arrested at 10:30 p.m. Wednesday and booked into county jail at 12:22 a.m. Thursday morning, where he remained Thursday. He appeared in court Thursday afternoon and entered a not-guilty plea.

A rep for Gay says the football player was arrested after he broke a vacuum during an argument with the mother of his child.

“Willie was at his son’s house visiting,” Maxx Lepselter said in a statement Thursday morning. “He and the mother got into an argument during which he broke her vacuum.”

Lepselter insisted the altercation did not turn physical saying, “No one was touched, nothing happened beyond broken appliance.” 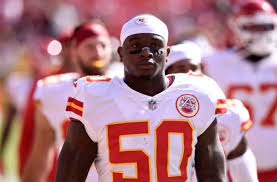 Fans of Willie Gay are hoping that in the near future, he will be linked to his great woman as his girlfriend and wife.

Willie Gay is not married and he is currently not in a romantic relationship with anyone. It is assumed that Willie Gay is currently looking out for the interest of his career and is not ready to combine dating and American now.

Gay allegedly broke a vacuum and other items during an argument in the Kansas City suburb of Overland Park, Kansas.

The 23-year-old NFL player’s arrest comes a few days before the team’s divisional-round game against the Buffalo Bills on Sunday.