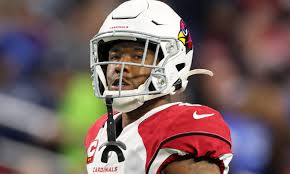 Bishard Budda Baker is an American football safety for the Arizona Cardinals of the National Football League. He played college football for the Washington Huskies, and was selected by the Cardinals in the second round of the 2017 NFL Draft.

Cam Akers ran hard for the Los Angeles Rams all night against the Arizona Cardinals, but his physicality resulted in a scary collision with Budda Baker late in the third quarter. Akers ran the ball off the left side on second-and-2, picking up 11 yards.

He lowered his shoulder into Baker at the end of the run, which left the Cardinals safety almost motionless on the field. Trainers attended to Baker immediately and he was eventually stretchered off the field, being transported to a local hospital for further evaluation.

Cardinals safety Budda Baker was placed on a stretcher and carted off the field after a hard collision with Rams running back Cam Akers in the third quarter of Monday night’s NFC wild-card playoff game.

Baker rushed in from the side at the end of an 11-yard run by Akers. Baker’s head connected with Akers’ shoulder as he tried to make the tackle. Baker wasn’t moving right after the hit as he rolled onto his back, but he eventually was able to move his arms as he was carted off the field. 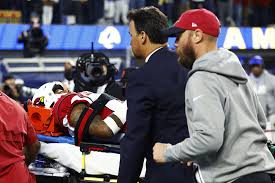 Baker was injured trying to take down Los Angeles Rams running back Cam Akers in the open field. The four-time Pro Bowler went low in an attempt to tackle the LA ball carrier.

Unfortunately, Akers lowered his shoulders and head in an attempt to absorb the blow, and he and Baker connected helmet-to-helmet. On replay, it appeared that the Arizona defender was immediately knocked unconscious.