Ohio State hits the road and travels to Ann Arbor, Michigan, on Saturday to battle No. 5 Michigan in the latest edition of one of the greatest rivalries in all of sports. This year’s contest has a throwback feel to it, too.

This rivalry of two is born of so many consequential meetings between the two teams over the last century. From the time they first met in 1897, so many of these games have decided Big Ten championships and national titles.

Ohio State enters this year’s contest with the confidence of a team that’s won eight straight in the series, and unfortunately for the Wolverines, few of those eight games have been close calls.

Following a five-point win in 2012 and a one-point win in 2013, the Buckeyes have won the last six by an average of 18.2 points per game, with only one of those meetings (2016) finishing as a one-score game. 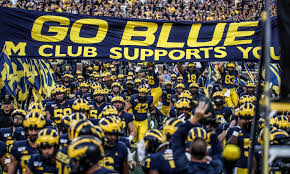 You can watch this game live for FREE with fuboTV (free trial). You can also get this game on Hulu + Live (free trial) or Sling TV (promotional offers) if you are out of fuboTV trials, or simply prefer those platforms and their pricing plans.