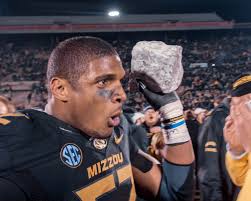 Michael Alan Sam Jr. is an American former professional football player who was a defensive end. Sam played college football for the Missouri Tigers and was drafted by the St. Louis Rams of the National Football League in the seventh round of the 2014 NFL draft.

After being drafted by the Rams, Sam’s emotional reaction to his draft was broadcast live on television, during which he kissed his boyfriend, Vito Cammisano.

Reported to have been dating Sam for several months, Cammisano is a fellow alum of the University of Missouri and was a member of the school’s swim team.

By any measure, Michael Sam has had his share of family tragedies. He had seven siblings: one sister drowned before he was born, a brother was shot and killed at 15, and two other brothers are in jail.

And Julian Sam went missing on October 16, 1998. Michael Sam was 8-years-old when Julian left the family home in La Marque, Texas, to buy tickets to the homecoming football game. 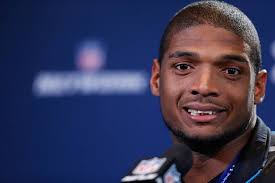