Medina Spirit was an American Thoroughbred racehorse who won the 2021 Kentucky Derby. He also came second in the 2021 Breeders’ Cup Classic and third in the 2021 Preakness Stakes.

Medina Spirit: Death Video, Cause Of Death, Age, Net Worth

The 3-year-old colt trained by Bob Baffert had just completed five furlongs in his second workout since finishing second in the Breeders’ Cup Classic a month ago at Del Mar, according to Craig Robertson, Baffert’s attorney. Baffert said in a statement that the horse suffered a heart attack.

Santa Anita released a statement saying the track veterinary team took blood, hair and urine samples from Medina Spirit and sent them to the California Horse Racing Board. The colt will undergo a full necropsy, as required by the racing board, to try to determine the exact cause of death.

Medina Spirit tested positive after the May 1 Derby for betamethasone, a legal medication that is not allowed on race day. It was Baffert’s record seventh win in the Derby. In the wake of Medina Spirit’s failed test, Baffert was suspended by Churchill Downs and barred from entering horses in the 2022 and 2023 Kentucky Derbies. 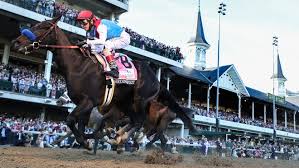 The three-year-old was bred on a 10-acre farm in Florida by Gail Rice. The horse comes from a lineage of successful race horses, including Giant’s Causeway, who was a leading sire (a horse becomes a sire after one of his offspring wins a race at a recognised racetrack) in North America.