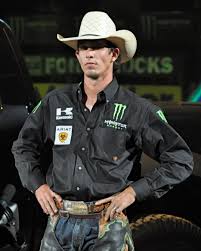 JB Mauney is an American professional rodeo cowboy who specializes in bull riding, and competes in the Professional Bull Riders and Professional Rodeo Cowboys Association circuits.

He also competed briefly in the Championship Bull Riding tour. Mauney is the 2013 and 2015 PBR World Champion.

JB Mauney: Injury Update, How is Doing, Wife, NFR Round 2

Mauney was one of only three cowboys to best the “Baddest Bull on the Planet” — and he did it wearing a cowboy hat instead of a helmet. It was the crowing achievement of a career that had seen him accomplish just about anything a man could while competing on the rival PBR tour.

Mauney said he could have used exemptions to remain on the jet-setting tour with his many PBR rivals and pals.

But he was having too much fun traveling the rodeo circuit with his wife and little boy — Jagger Briggs Mauney was born holding the umbilical cord as if it were a bull rope, J.B. says — in the family RV to end pursuit of his NFR dream. 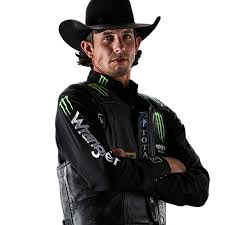 After suffering a scary wreck in Round 2 on Friday, JB Mauney has cleared concussion protocol will compete in Round 3 of the Wrangler NFR tonight.

Mauney’s hand got caught in his bull rope and he was eventually able to get free, but not before taking multiple horns to the face from Rafter G’s Johnny Thunder.

He was briefly down on the dirt before getting to his feet and being assisted out of the arena to a standing ovation.