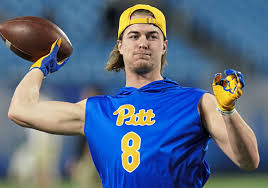 Kenny Pickett: What Happened, Opt-Out, Why Not Playing in the Peach Bowl

Kenny Pickett and Kenneth Walker III won’t be in action when their respective teams face off in the Peach Bowl on Thursday. It’s an unfortunate turn of events for the bowl game, each team, and their college football fan bases as the Panthers’ and Spartans’ most polarizing players will not participate. However, it’s the right decision for Pickett and Walkers’ future careers.

Pickett will now go through the offseason gauntlet of workouts and examinations. He’ll be one of six quarterbacks at the 2022 Senior Bowl and a shoo-in for the 2022 NFL Scouting Combine.

Pickett has opted out of the Peach Bowl to avoid injury and secure his position as a projected first-round draft pick. Michigan State running back Kenneth Walker III is doing the same.

Patti, a close friend of Pitt’s all-time leading passer, expressed his appreciation for all that he learned from Pickett over the years. After Patti was leading rusher Israel Abanikanda, who called Pickett a “great team player.” Next up was Biletnikoff Award winner Jordan Addison, who said “we all respect his decision.”

Why Not Playing in the Peach Bowl: 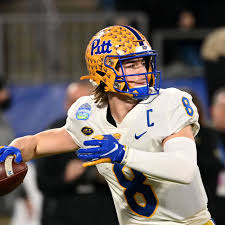 Stokan is aware of the impact of marquee players opting out and how that has increased. It’s not limited to New Year’s Day Six bowls either. UTSA running back Sincere McCormick sat out the Frisco Bowl, and SN second-team All-American running back Tyler Badie did not play for Missouri in the Armed Forces Bowl.

The attitude toward players sitting out bowls has shifted dramatically since Stanford’s Christian McCaffrey and LSU’s Leonard Fournette opted out of bowl games in 2016.