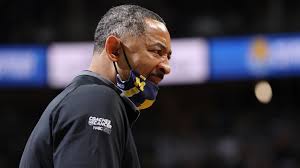 He was an assistant coach for the Miami Heat of the National Basketball Association from 2013 to 2019.

Wisconsin called out two timeouts in the last minute, including one with 15 seconds left when the Badgers leading by 15. Wisconsin won 77-63.

“I didn’t like the timeout they called, and I’m being totally honest with you,” Howard said. “I thought it was not necessary at that moment, especially with it being a large lead…I thought that wasn’t fair to our guys. And so that’s what happened.”

Howard explained after the melee that he was upset Wisconsin called a timeout with a few seconds left in the game when Wisconsin was already up 14 points.

“There is no excuse for any of our staff or student-athletes to get into a physical altercation with others regardless of instigating factors,” a statement by University of Michigan athletic director Warde Manuel. 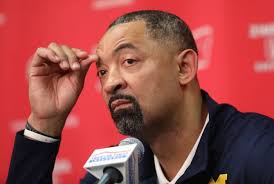 Howard disputed Gard’s retelling, saying it was unnecessary for Gard to touch him.

“It wasn’t called for that, when we’re talking,” he said. “At that point, you know, at that point, I thought it was time to protect myself.”

Howard was a star member of Michigan’s “Fab Five” in the early 1990s. He, along with Chris Webber and Jalen Rose, helped popularize baggy shorts and black Nike socks in basketball.

Howard complained about Gard “touching” him. “I think it was very uncalled for him to touch me as we were verbalizing and communicating with one another. That’s what escalated it.”

He added: “At that point, I thought that was time to protect myself.”

Gard, who is seen on video initially grabbing Howard by the arm in the handshake line — said that Howard “pulled his mask down, and he said, ’I’ll remember that,’” referring to the timeout. “He started pointing at me and tapped me in the chest,” he added.