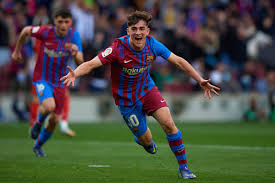 This is the start of our Barcelona Napoli live blog, with updates from this Europa League first-leg tie following on from here. As always, the entries nearest the top are the most recent ones.

This Thursday’s match between Barcelona and Napoli kicks off at 18:45 CET, which is the local time in Barcelona.

The Europa League clash between Barcelona and Napoli will take place at the Camp Nou. For those living in the USA you can watch the game live on CBS and TUDN Deportes. As for UK residents, the match will be broadcast on BT Sport ESPN.

Barcelona last hosted Napoli in the second leg of their Champions League last-16 tie back in the 2019/20 season, when the Blaugrana won 3-1 thanks to goal from Clement Lenglet, Lionel Messi and Luis Suarez. Lorenzo Insigne scored for the Partenopei.

As their only realistic chance of silverware this season, Barcelona will be hoping for a long run in Europe’s second competition.

Stay with us for all the build-up to Barcelona vs Napoli and then updates from the game itself. 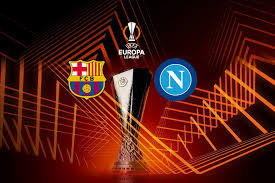 Barcelona will be looking for a first-leg edge when they host Napoli at Camp Nou in Thursday’s playoff clash of the UEFA Europa League.

The coming match will be the Barca’s first ever match in the Europa League, as they failed to progress to the knockout round of the Champions League for the first time in 17 years.

Xavi Hernandez’s men finished third in the Champions League Group E behind Bayern Munich and Benfica, losing three of their six games in the process.

Napoli who are appearing in the round of 32 of the Europa League after finishing second in Group C, picking up 10 points from their six matches against Spartak Moscow, Leicester City and Legia Warsaw.

A cracking game of football awaits fans on Thursday, as both sides will aim to get the upper hand at Camp Nou and fans here can check the BAR vs NAP Dream 11 and Predicted XI