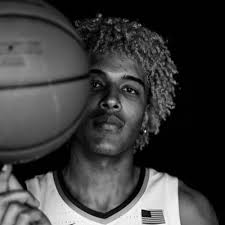 Jeremy Juliusz Sochan (born 20 May 2003) is a Polish-British college basketball player for the Baylor Bears of the Big 12 Conference.

His mother Aneta was a Polish basketball player who went to the United States to study. There, she met Sochan’s father who is American. Sochan spent most of his life in Milton Keynes, England where he took his first steps in basketball.

Due to the COVID-19 Pandemic, Sochan left La Lumiere School and joined OrangeAcademy of the ProB alongside his fellow countryman Igor Milicic Jr. Sochan committed to play college basketball for Baylor in July 2020.

Sochan has been a member of the Polish national basketball team. In his first game at the EuroBasket 2022 qualification, he led Poland over Romania 88–81 when he became the youngest player to ever play for Poland. 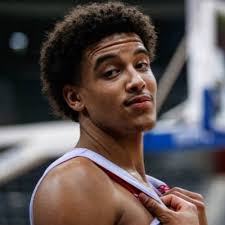 He played 29 minutes in which he scored 18 points, including a four-point play (3 pointer plus foul and free throw) at the end and a game-deciding block.

Sochan is a long and wiry athlete who plays fast, aggressive and above the rim, finishing plays authoritatively in the paint. He uses his length and speed to maneuver his way into the paint or get out in transition and finish with rim-rocking dunks.

Sochan has a great feel on the offensive end and makes great reads as an attacking wing. He anticipates well and uses his footwork to outmaneuver opposing players for position on the glass in the NBA.