Jake Joseph Paul is an American social media personality and professional boxer. He initially rose to fame on Vine, before playing the role of Dirk Mann on the Disney Channel series Bizaardvark for two seasons.

Dana White recently let rip at Jake Paul’s manager, who was apparently a former UFC employee, calling him a “warlock.”

The UFC president has been publicly exchanging shots with Paul over the Christmas period and things went up a notch on new years day when ‘The Problem Child’ claimed he would retire from boxing if White made some changes to the way he does business. 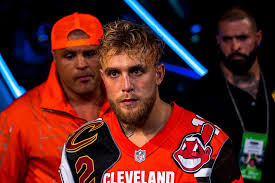 Jake Paul has turned the boxing world by the ear with his performances in the ring.

The YouTuber turned boxer began his boxing career back in 2018 and doesn’t look to stop soon. ‘The Problem Child’ went from being a celebrity boxer to a prizefighter.

Jake Paul’s knockout win over Tyron Woodley reportedly flopped, collecting 65,000 pay-per-view buys on cable and satellite, according to DAZN news. The PPV for the rematch between Paul and Woodley was priced at $59.99, equaling a total $3.89 million.

Paul was initially scheduled to fight Tommy Fury, but the British fighter was forced to withdraw due to a bacterial chest infection and broken rib.