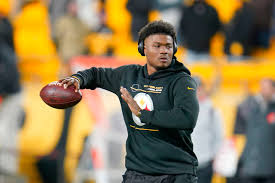 He played college football at Ohio State, where he set Big Ten Conference records for single-season passing yards and touchdowns as a sophomore in 2018.

New details regarding Dwayne Haskins and his unfortunate death have now come to light.

According to reports, the 24-year-old had a significant amount of alcohol along with recreational drugs ketamine and norktamine in his system. These drugs are often used as a medical anesthetic as well as a recreactional drug.

The quarterback trained the day before the event and then proceeded to have dinner with a man named Joey. They reportedly had a fight at a club and then the pair went their separate ways.

The Broward County Medical Examiner’s Office released details from an investigative report on the accident in which Pittsburgh Steelers quarterback Dwayne Haskins was killed when he was hit by a dump truck in Florida.

According to TMZ Sports, investigators said a Steelers representative told them that Haskins trained with his teammates during the day on April 8 and then went to a club.

In April, TMZ Sports reported Haskins’ wife, Kalabrya, called police and said her husband was stranded on the side of the highway and looking for gas on foot. 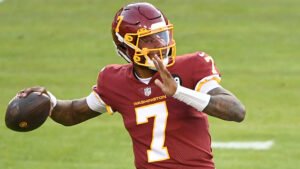 A newly-released medical report from deceased NFL quarterback Dwayne Haskins reveals that the 24-year-old had a blood alcohol level of .20 at the time of his death, and also tested positive for the drugs ketamine and norketamine.

The report also said there was a “female companion” in the vehicle on the side of the road, which Haskins exited before colliding with the dump truck.

Haskins reportedly left a nightclub after heavy drinking over a fight.

Drunk At Time Of Death?

The athlete was struck by a dump truck on Interstate 595 on April 9, The Daily Wire reported last month.

TMZ reported in days following the incident that Haskins’ wife, Kalabrya Haskins, called 911 on the morning of the incident, telling a dispatcher that Haskins had called her after running out of gas on the busy interstate.

“I just want somebody to go to the area to see if his car’s there, see if he’s OK and if anything happened to him,” Haskins’ wife is heard on the audio. “That’s just not like him to not call me back and for his phone to go dead. He was stranded by himself. He was walking, though.”