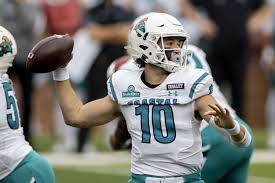 Coastal’s No. 14 national ranking in the final top 25 polls of the season last year in 2020 were both Sun Belt Conference records, eclipsing Appalachian State’s final rankings of No. 18 in the coaches poll and No. 19 in the AP poll in 2019. 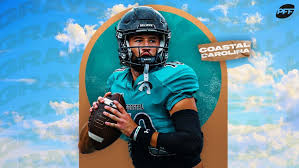 Coastal football has signed on for a three-game series with the Virginia Cavaliers of the ACC, the university announced Monday.

The series between the Chants and the Cavs begins next season and also includes the ACC opponent coming to Conway.

“Our scheduling philosophy focuses on bringing strong national competition to Brooks Stadium and we are pleased to announce this series with the University of Virginia which meets that philosophy,” Coastal Carolina Athletic Director Matt Hogue said.

The second game of the 2021-22 college football bowl schedule kicks off Friday as the Northern Illinois Huskies (9-4) take on the Coastal Carolina Chanticleers in the 2021 Cure Bowl. NIU bounced back from a winless 2020 campaign to go 9-4 and win the MAC title in 2021.

Coastal picked up double-digit victories for the season consecutive years, as Jamey Chadwell’s squad followed up its 11-1 season last year with a 10-2 campaign in 2021.