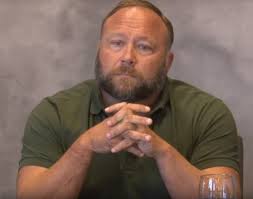 Alex Emerick Jones is an American far-right radio show host and highly prominent conspiracy theorist. He hosts The Alex Jones Show from Austin, Texas, which the Genesis Communications Network syndicates across the United States and online.

Alex Jones has been found guilty by default in all four defamation cases brought by the families of victims of the Sandy Hook school shooting tragedy.

A judge in Connecticut issued rulings in a fourth defamation lawsuit brought against the Infowars conspiracy theorist on Tuesday after he failed to produce evidence to support false claims the 2012 mass shooting was a hoax.

For years Jones claimed the shooting was a “false flag” operation engineered by the government to bring about stricter gun control laws.

Jones claimed on his radio show and website that the event was “completely fake with actors,” “synthetic” and a “giant hoax” by opponents of the Second Amendment and mainstream media. 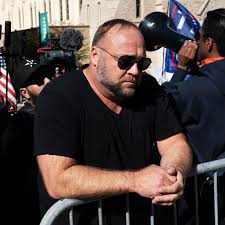 A Connecticut judge on Monday ruled in favor of the families of victims of a 2012 mass shooting at Sandy Hook Elementary School in a defamation suit against Alex Jones after he defaulted by failing to provide documents, attorneys for the plaintiffs said.

Jones, founder of the right-wing website Infowars, claimed the shooting, in which 20 children and six school employees were shot dead at the school in Newtown, Connecticut, was fabricated by gun-control advocates and mainstream media.

Alex Jones was found liable Monday for damages in lawsuits brought by decent of children killed in the Sandy Hook Elementary School shooting over Jones’ claims that the massacre was a hoax.

Judge Barbara Bellis took the rare step of defaulting Jones in the defamation lawsuits for his and his companies’ “failure to produce critical material information that the plaintiffs needed to prove their claims.”