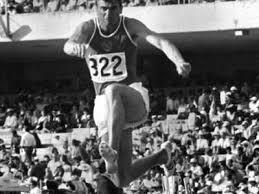 Viktor Danilovich Saneyev was a triple jumper, who competed internationally for the USSR and won four Olympic medals; three golds and one silver. He was born in Sukhumi, Georgian SSR, and trained in Sukhumi and later in Tbilisi.

The three-time Olympic triple jump champion and former world record-holder Viktor Saneyev has died at the age of 76, the World Athletics said on Monday. Born in Georgia on October 3, 1945, Saneyev went on to get his Olympic titles at three consecutive Games, winning his first in Mexico City in 1968 before further success for the Soviet Union in Munich in 1972 and in Montreal in 1976.

Four years later in Moscow, he added an Olympic silver medal to his collection, while he won his two European titles in 1969 and 1974.

The athlete, a native of Georgia and triple Olympic triple jump champion died on Monday at the age of 77. He was the protagonist of the historic final at the Olympic Games in Mexico 68.

The athletics world is in mourning after learning of the death this Monday of one of its great legends, Viktor Saneyev, the triple Olympic triple jump champion. Saneyev died of a heart attack at the age of 77 at his residence in Sideny, according to the Russian news agency Sputnik. 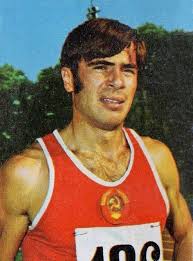 His Olympic career began when he was 23 years of age, and he made his debut in superb style. Winning gold with a world record leap of 17.39m, it was his second world record of the day during an epic competition in which the global mark was improved four times.