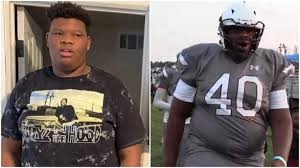 A rising middle school football player in Missouri, only 14 but already 6 feet, 5 inches tall and over 300 pounds, Tyre Sampson fell to his death from a giant Florida amusement ride. Lawyers for his family want to know if negligence about his size, or other factors, played a role.

The family of Tyre Sampson, a 14-year-old boy who had dreams of playing professional football, is mourning him after he died from an amusement park ride fall in Orlando, Florida last week.

“This young man, he was athletic and he was big. He had no way of knowing,” said Bob Hilliard, a Texas attorney representing Tyre’s mother, Neckia Dodd, in an interview Saturday.

“It’s going to be an issue of lack of supervision and lack of training. A case of outright negligence.”

Last Thursday, 14-year-old Tyre Sampson died after falling to his death from a drop tower ride at Orlando’s ICON Park.

The drop tower has only been in operation for a few months; it slowly brings riders up toward the top of the tower before dropping them downward at speeds as fast as 75 miles per hour. 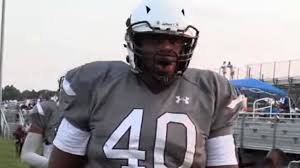 Tyre Sampson knew something was wrong with his protective shield while going for a ride at ICON Park in Orlando, his father has claimed. Louis, Orlando via a football event, died Thursday night, March 24, from a 430-foot ride in the park.

His now devastated father, Yarnell Sampson, has said he was concerned about the safety harness while going for the ride. He told WOFL-TV, “He was panicking when he was going upstairs.

In a shocking 911 call, a caller can be heard telling fire rescue units that the ride’s crews “didn’t secure the seatbelt on him.”

Lawyers for his family want to know if negligence about his size, or other factors, played a role.

Investigators have not determined what caused Sampson to miss the ride, but in a viral video that shows Sampson’s fall, workers can be heard moments after discussing safety measures.

“The investigation is also going to include the design of the ride. If there is any indication that none of the passengers are safe, Hilliard said, there should be no way out.