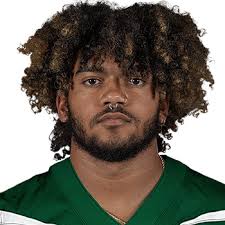 Ty Marquise Johnson is an American football running back for the New York Jets of the National Football League. He played college football at Maryland.

The New York Jets are going to scramble to find a solid replacement for Michael Carter who is going to miss their Week 12 game due to an ankle injury. They are expected to roll with either Ty Johnson or Tevin Coleman to replace the starter.

Johnson had double-digit performances in each game from Week 5 to Week 9 but combined for just 8.1 fantasy points over the last two games. He has the opportunity, but it depends on if you are wanting to risk it for the biscuit with whether or not he cracks your lineup.

At the very least, Johnson will have a good matchup taking on the Houston Texans this week. Their defense is giving up the eighth-most fantasy points to opposing running backs on a per-game basis.

It is tough to determine how Johnson and Coleman will split the workload, but if you are desperate you could do worse than Johnson this week with his matchup. 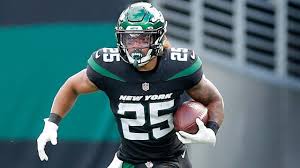 I picked up Johnson last week and, after a considerable amount of research and soul-searching, I passed on Coleman. So if you have only five seconds to read this article, that admission sums up what I’m about to say. If you want to understand the “why,” then read on.

With impressive rookie Carter on the shelf, the Jets are expected to utilize Coleman more heavily in Week 12 against Houston.