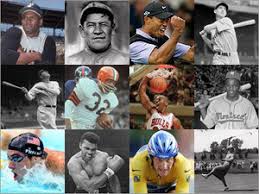 Top 10 Sports Legends Of All Time: Michael Jordan transcended his sports on and off the court.  While on the court, Michael was the most competitive, driven, sensational, clutch, skilled, confident, mesmerizing, and amazing, athlete the world has ever seen. Here is the list of Top 10.

Top 10 Sports Legends Of All Time

He was so good, that he led his franchise to a three-peat, retired for a couple of years, then came back in his 30’s and won another three-peat. Some accomplishments during his playing career include:

There has never been a more charismatic sports figure who could back up exactly what he said. He proclaimed that he was the greatest, and indeed he was. He was a three time Heavyweight Champion of the world, and the only man ever to win it three times by defeating the reigning champion. 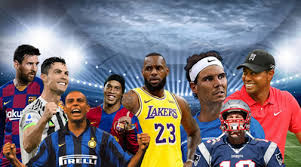 In the NBA, he was the first overall pick in the 1992 draft, taken by the Orlando Magic. As a rookie, he boosted the Magic’s win total by 20 from the previous year, and averaged 23.4 points and 13.9 rebounds per game.

Magic led his team to a 75-64 victory, while earning the Most Outstanding Player award for the Final Four that year. His rookie season in the NBA itself was an impressive story. As the first overall pick by the Los Angeles Lakers, he went on to average 18 points, 7.7 rebounds, and 7.3 assists per game, while leading the Lakers to a 60-win season and an NBA title.

Phelps qualifies in every single category for this list; if he wasn’t a swimmer, his accomplishments would probably place him higher than number eight. He is still young enough to compete in the 2012 Olympic Games, so his story is likely not yet finished.

Wilt Chamberlin was 7’1″ and between 275-300 lbs, depending on which point in his career you point to. He holds many different scoring and rebounding records, and is the only player to ever average more than 40 points, and then 50 points, in an NBA season.

In the NFL, he was a devastating runningback for the Oakland Raiders; where he still holds the record for most rushing yards in a single game on Monday Night Football with 221. He won the Heisman Trophy in 1985, and is the only player ever to be named an All-Star in two professional sports.