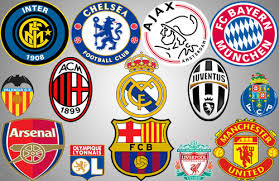 But, Samsung paid a whopping amount of 21 million per year from 2005 to 2015. There are now three sponsorship deals going on with Chelsea’s Nike, Zap and UK-Telco Three. Since 2017, Nike has been manufacturing Chelsea kits.

Liverpool, one of the English Premier League’s champions, were the first club in football history to begin sponsoring brands on their shirts and kits. Hitachi became Liverpool’s first shirt sponsor in 1979, signing a three-year arrangement.

Many other well-known sports sponsors, like as Carlsberg, Mauritius, MG, and AXA, afterwards sponsored Liverpool. Since 1992, Carlsberg has had the longest agreement with the English league, which was renewed last year through 2024.

Arsenal, one of the winners of the English Premier League, earn a huge amount of money by sponsoring brands. In 2014, Arsenal signed a sponsorship deal with Puma, where Puma paid £43 million per season.

North London club Arsenal now have a jersey sponsorship deal with Emirates Airline that will pay £56 million per season.

The Bundesliga Club has signed sponsorship partnerships with a variety of companies, including Allianz, Adidas, and Deutsche Telekom. Bayern Munich, on the other hand, made a sponsorship agreement of 125 million euros last season.

In 2015, Bayern Munich signed the largest contract in the club’s history with Adidas, at $1.07 billion. Bayern has Allianz, which pays $9 million per season in addition to Adidas.

PSG signed its first sponsorship deal with Adidas in 1986, marking the beginning of the sponsorship era. The partnership lasted until 1989.

In the same year, Nike became the sponsor of PSG’s Paris club during the 1989 season. This partnership is still ongoing, as in 2013, Nike renewed their agreement by paying 95 million per season until 2022. 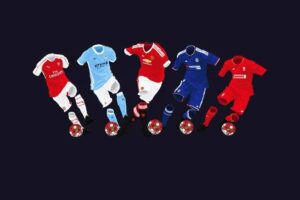 One of the most successful Italian football clubs, Juventus, with brands such as Jeep and Adidas, makes 121 million per season. 1981 was the first year the Juventus club was sponsored by Ariston, a manufacturer of heating and air conditioning.

In August 2008, Abu Dhabi United Group bought one of the Premier League champions, Manchester United. The group immediately made a flurry of bids for high-profile players.

Real Madrid, a Spanish La Liga team, earned a total of $70 million from their sponsorship deal last season, putting them in seventh place on our list of the top ten biggest soccer sponsorship deals.

Real Madrid is the most valuable sports team in the world, valued at €2.5 billion ($3.4 billion) and the richest football club in the world, with roughly €549.5 million in annual income.

Real Madrid receives $36 million per year from Adidas for their kit sponsorship and $34 million from Emirates for their jersey sponsorship.

Spanish La Liga side Barcelona earned a total of $80 million from their sponsorship deal last season. And for that, he’s earned second place on our list of the Top 10 Richest Sponsorship Deals in Football.

Barcelona has earned $39 million/year thanks to its kit sponsorship deal with sports manufacturing giant Nike. He has also earned $41 million/year from his jersey sponsorship by Qatar Sports Investments and Intel.

In August 2008, Abu Dhabi United Group bought one of the Premier League champions, Manchester United. The group immediately made a flurry of bids for high-profile players.