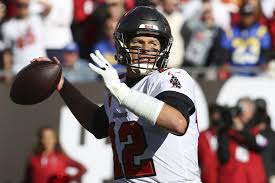 Tom Edward Patrick Brady Jr. is a former American football quarterback who played in the National Football League for 22 seasons.

He spent his first 20 seasons with the New England Patriots, where he was a central contributor to the franchise’s dynasty from 2001 to 2019.

On to chapter 2…working on ⁦@bradybrand⁩ the past 3 years and now seeing it out in the world has been an incredibly rewarding experience. Lot of amazing stuff to come. We’re just getting started.

In most years, this means Tom Brady, the great quarterback, is getting set to play in the game.

After all, the former New England Patriots and Tampa Bay Buccaneers quarterback was victorious in seven of them. Brady, though, is now retired at the age of 44.

For the duration of the second half of the season, the 2021 NFL MVP race was dominated by Tom Brady and Aaron Rodgers. Both quarterbacks gave outstanding performances, and many fans were eager to see who would emerge victorious. 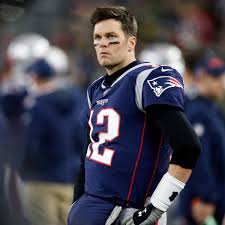 Rodgers made his mark this season with his excellent efficiency, where he was in a class of his own. Aaron Rodgers recorded a 111.9 passer rating and 69.2 QBR this year, both top marks in the NFL by a fairly significant margin.

He was also ranked second with a 68.9 completion percentage. He threw 37 touchdowns with just four interceptions, accounting for a massive 9.25 ratio. The next closest was nearly half, with a 4.71 ratio.

While Cooper Kupp and Jonathan Taylor each had excellent seasons, they were always going to be long shots because they aren’t quarterbacks. The last non-quarterback to win the award was Adrian Peterson back in 2012.