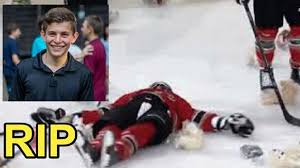 Teddy Balkind, a 10th-grade hockey player at St. Luke’s School in New Canaan, died Thursday night after an on-ice collision during a game against the Brunswick School in Greenwich.

Balkind’s neck was cut by the skate blade, ABC News reports, citing a letter Brunswick school officials sent to alumni Friday. The game was stopped, 911 was called and Balkind was taken to Greenwich Hospital, according to Zuccerella. Balkind died as a result of the injury.

The accident occurred in a game between Balkind’s junior varsity team at the Brunswick School, a college preparatory school for boys in Greenwich, and St. Luke’s School, a private co-educational school from New Canaan.

There is currently little public information regarding Teddy Balkind’s Father.

According to CBS 2, Balkind’s father was in attendance at the game when the accident occurred.

On Friday, January 7, 2022, a vigil was held by the students at faculty of Balkind’s high school, St. Luke’s.

Not Known yet, will update soon

The school’s administration released a statement on Friday addressing the tragedy. 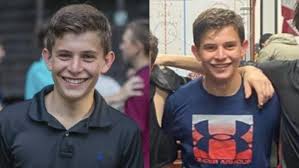 “Yesterday, we lost a precious young man in a tragic accident,” said the statement.

“Both St. Luke’s School and Brunswick School are in shock as we work to support our students and families. St. Luke’s singular focus at this moment is to care for our devastated community.”

Balkind was one of the high school students at St. Luke’s School, he had died on Thursday as per the report. He had sustained some serious injuries during a hockey game, the game was being played between two private schools in Greenwich on a Tuesday night.

There is currently little public information regarding Teddy Balkind’s Father.

The school’s administration released a statement on Friday addressing the tragedy.