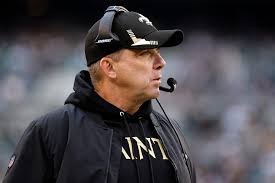 Patrick Sean Payton is a former American football coach and quarterback. He served as the head coach of the New Orleans Saints of the National Football League from 2006 to 2021, leading the franchise to its very first Super Bowl victory during the 2009 season.

Sean Payton: Retirement Speech, Why Did Retire, Where is Going

“I don’t know what’s next — and it kind of feels good,” Payton said during an emotional 90-minute news conference at the team’s practice facility. “But, man, I felt like it was time… But not with any regret. There’s some excitement, like, ‘All right, what’s next?’”

Payton explained that he had been considering this departure all the way back to training camp before confirming how he felt over the past two weeks.

Payton said owner Gayle Benson, general manager Mickey Loomis and team president Dennis Lauscha all tried to talk him out of it.

After 16 years in New Orleans—15 of those spent coaching the future Hall of Fame quarterback—Payton stepped down from his post as Saints head coach Tuesday.

Given the team’s tenuous cap situation and the major question marks at quarterback, now’s a great time for Payton to bolt, but that doesn’t make the news any less jarring.

One of the NFL’s perennial contenders just lost its coach, and this news could shift the landscape of the league. 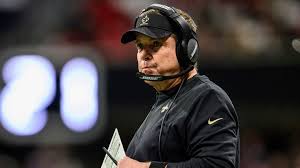 Recent chatter around the Dallas Cowboys is all about former New Orleans Saints head coach Sean Payton and that is because of one particular word – former. Tuesday brought news that Payton, who served on Bill Parcells’ staff in Dallas in the early 2000s, is walking away from the Saints.

Payton flirting with leaving the Saints was sort of a yearly offseason trope until this year; but, now that he is officially done with that organisation, it is very genuine.

Payton might become the coach of another NFL team (perhaps as soon as this season), but all indications indicate that he wants to take a break from football, and the Saints would be entitled to pay from whoever hired him.