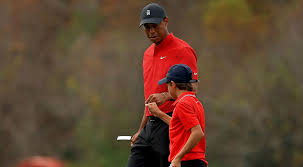 The PNC Championship 2021 is headlining the golf calendar this weekend, is usually nothing more than a low-key mid-December celebratory exhibition featuring parents and their kids getting a chance to play 36 holes of golf together.

This year’s group spans from age 12 (Charlie) to age 86 (Gary Player). Here’s a look at the 20 teams who will tee it up in Orlando this weekend.

Grande Lakes will play at 7,122 yards with a par of 72 for the pros. Originally called the Father-Son Challenge, the event has expanded to include pro golfers and a parent or child. One prerequisite is that each group have a major championship winner.

Justin Thomas teamed up with his dad Mike to win the 2020 tournament. Tiger Woods and his son Charlie finished seventh. 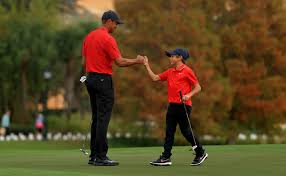 The final kinda-official PGA Tour event of the calendar year got a big boost when Tiger Woods announced that he’ll play this week’s PNC Championship in Florida with Charlie, his 12-year-old son.

Woods has been the rare athlete who shoulders massive expectations and exceeds them. This go-around, as he readies to turn 46, we should expect less.