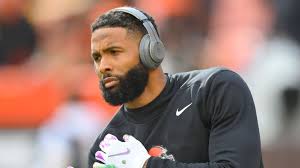 Odell Cornelious Beckham Jr., commonly known as OBJ, is an American football wide receiver for the Cleveland Browns of the National Football League. Born in Baton Rouge, Louisiana, Beckham played college football at LSU and was drafted by the New York Giants in the first round of the 2014 NFL Draft.

Beckham’s miscasting in Cleveland was never actually acknowledged by either the team or the star wide receiver. Now? It’s suddenly a foregone conclusion that Beckham’s pairing with the Browns has not worked and, more importantly, will not ever work. In the wake of his father publicly slamming quarterback Baker Mayfield, and Beckham himself officially requesting a trade prior to Tuesday’s deadline, per Cleveland.com’s Mary Kay Cabot, the two sides are finally working toward a split.

CBS Sports NFL insider Jason La Canfora reported Wednesday that the Browns are prepared to keep Beckham on their roster for the remainder of the season, only to excuse him from all team activities

Early Tuesday, Odell Beckham Jr.’s father shared an 11-minute video to Instagram of his son not being thrown the ball by Browns quarterbacks, primarily including Baker Mayfield. 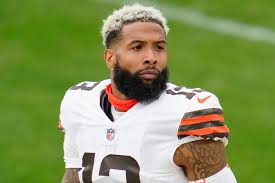 The video was a screen recording of a YouTube video that goes week by week showing the Browns receiver being left open during a route.

Beckham Jr. had just one catch for 6 yards during Sunday’s 15-10 loss to the Pittsburgh Steelers. Mayfield did target OBJ again late in the game, but Beckham went up for the ball with only one arm and couldn’t come down with the catch.

Odell Beckham signed a five year, $90 million contract extension with the Giants on August 28, 2018. Beckham received $65 million in total guarantees of which $41 million is guaranteed at signing. Beckham received a $20 million signing bonus. At this time we dont not have the full breakdown of the contract and are basing his yearly salary on a report by Joel Corry of CBS Sports in which he detailed the yearly cap hits.