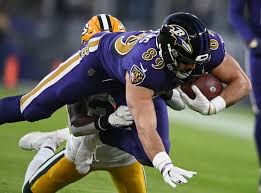 NFL week 16 predictions: Week 16 of the NFL schedule features a four-day lineup on Christmas weekend, and seven games are between teams with records of 500 or better.

On Thursday, the 49ers, who have won five of six games, will look to continue their playoff push against the Titans. Christmas offers two fantastic matchups, too. The Browns face the Packers at Lambeau Field, and the Colts face the Cardinals on the road.

The Niners are hot, and the Titans have lost three of their last four games. Tennessee has done that despite allowing less than 200 yards of offense in two of their last three games. San Francisco’s rushing offense is creative, but the Titans get enough stops to pull out a home victory in prime time.

The Cardinals are coming off an embarrassing loss to the Lions, but they return home. Kyler Murray will make some dazzling plays against the Colts’ defense, but can the Cardinals slow down MVP candidate Jonathan Taylor?

The star running back averages 20.5 carries on the road, where the Colts are 4-2. That defense and running game travels in a thriller.

It’s a game that likely decides who wins the AFC East given the Pats won the first one. Mac Jones has a 102.5 rating at home this season, and he avoids the big mistake against Buffalo. 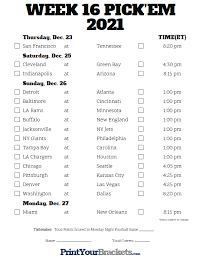 The Cincinnati Bengals (8-6) and the Baltimore Ravens (8-6) are squaring off for round two this weekend in what could end up deciding who wins the AFC North.

As of now, the Bengals lead the division after their win over Denver and Baltimore’s loss to Green Bay but that could change after the Browns’ Monday evening game.