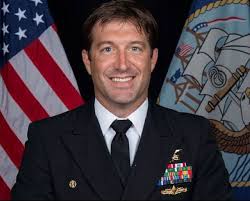 A Navy SEAL commander who died from injuries suffered during a training accident in Virginia on Saturday has been identified. Naval Special Warfare Command said Wednesday that Cmdr. Brian Bourgeois, 43, fell while fast-roping down from a helicopter in Virginia Beach, Virginia.

Bourgeois, who was the commanding officer of SEAL Team 8, died Monday at Norfolk Sentara General Hospital in Norfolk.

“We are working with SEAL Team 8 to provide every form of support we possibly can to Brian’s family and teammates,” said Capt. Donald G. Wetherbee, commodore, Naval Special Warfare Group 2.

A Navy SEAL commander has died from injuries he got during a training accident in Virginia… The cause of his fall is under investigation and a Navy official said it was not clear if the rope separated from the aircraft.

The Navy has since identified the SEAL as Cmdr. Brian Bourgeois, commander of SEAL Team 8. Naval Special Warfare Command said that it looks like the accident occurred during fast-rope training.

SEAL Team 8′s executive officer has temporarily assumed command of the Virginia-based unit, according to the command, which did not identify the officer, citing operational security.

Brian’s wife and family were with him when he passed, said Rear Adm. H.W. Howard, the commanding officer of Naval Special Warfare Command, in a message to the community.