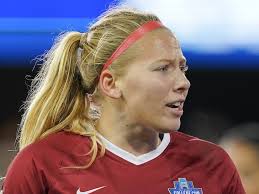 Katie Meyer, 22-year-old goalkeeper and captain of the Stanford women’s soccer team, was determined to be “self-inflicted,” according to the Santa Clara County, Calif., medical examiner’s office.

According to the university, she died in a campus residence, but the cause of death was not given.

“Her friends describe her as a larger-than-life team player in all of her work, from choosing an academic discipline that ‘changed my perspective on the world and the passion to overcome very important challenges,'” she said.

We need to work together’ she brought to the Cardinal Women’s Soccer program and the women’s sport in general,” Stanford said in a statement.

Medical examiners determined that the death of Stanford soccer goalkeeper Katie Meyer was “self-inflicted” as law enforcement ruled out foul play in a statement released to media Thursday.

Meyer is best known for his effort as a redshirt freshman in Stanford’s NCAA championship win over North Carolina in 2019. After regulation the game went to penalty kicks and overtime ended in a scoreless tie.

With the penalty kick round tied at 4-4, Meyer came up with a stop and celebration that made national headlines. The save sets up Stanford for the game-winning goal on a kick by Kiara Piquet. 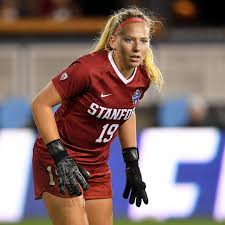 Stanford soccer goalie Katie Meyer has died at the age of 22, the school’s athletics department announced on Wednesday (March 2).

The Stanford community has suffered an unimaginable loss. Our thoughts & love are with Katie’s family & friends.” Stanford Athletics tweeted on its verified account. Meyer, a senior majoring in International Relations and minoring in History, was a team captain for the Cardinal.

“Tough competitor, Katie made two significant saves in a penalty shootout against North Carolina, helping Stanford win its third NCAA Women’s Soccer Championship in 2019. Katie was a shining bright light on the field and for so many in our community.” Was.”