Jalen Marquis Brunson is an American professional basketball player for the Dallas Mavericks of the National Basketball Association. He played college basketball for Villanova University, where he was the National Player of the Year as a junior and won two national championships. 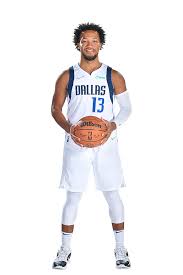 Dallas Mavericks guard Jalen Brunson is a college graduate. He walked in a cap and gown and was handed his degree from Villanova University during commencement last week. He could have done it last year. Jalen earned his degree in three years, before he came out early to declare for the 2018 NBA Draft.

He began his college career as the 2015–16 Big East Conference Preseason Freshman of the Year and was a Big East All-Freshman Team selection following the season. As a starter, he helped the 2015–16 Wildcats win the championship game of the 2016 NCAA Men’s Division I Basketball Tournament.