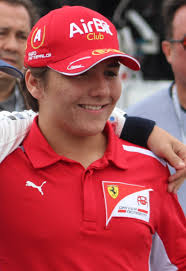 He currently drives for Charouz Racing System in the FIA Formula 2 Championship.

Fittipaldi, up from 18th on the grid, failed to see the danger ahead and drove into the back of the stricken ART car, leaving spectators to gasp in horror.

Fittipaldi was propelled into the barriers as debris from his car was sent over the perimeter of the track as his car eventually came to a halt.

Enzo Fittipaldi has suffered a fracture to his right heel after a heavy start-line crash with Theo Pourchaire in Sunday’s Formula 2 Feature Race in Saudi Arabia, according to his brother.

At the start of the already-delayed race at the Jeddah Corniche Circuit, Pourchaire stalled in his third-place grid slot and barely got his car moving. 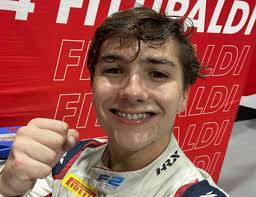 He also posted on social media to confirm that he is “fine”, albeit unsure of competing at this weekend’s season finale in Abu Dhabi.

“For the moment I don’t know if it’s already the end of the season for me. But the most important is not that. That was a really big one and Enzo is injured.

In the early hours of Monday morning, Enzo’s brother Pietro took to social media to confirm that his sibling has suffered a heel fracture. “Hey everyone, thanks for all the messages,” Pietro wrote on Twitter. “Enzo is awake/alert and resting at the hospital.