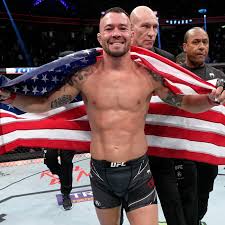 Colby Ray Covington is an American professional mixed martial artist who currently competes in the welterweight division of the Ultimate Fighting Championship, where he is a former Interim UFC Welterweight Champion. As of June 2021, he is #1 in the UFC welterweight rankings.

UFC star Colby Covington told the police that Jorge Masvidal punched him in the face twice and fractured his tooth in an attack outside of a Miami hotspot on Monday night… police documents, obtained by TMZ Sports, show.

In the docs, police say Covington told them that when he exited the Pappy Steak restaurant, Masvidal “walked up to him with his left, and without notice, punched him twice in the face with a clenched fist.” “

Several other men reportedly tried to join, although police say Covington told them that he pushed a man and ran back to Papi Steak, where he called the police.

In the report, police say Covington told them that one punch hit his face, while the other hit his left eye.

According to the docs, police say Covington heard Masvidal shout, “You shouldn’t have talked about my kids.” 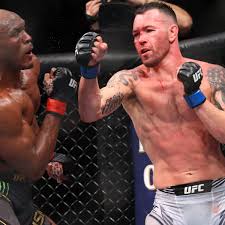 According to Andy Slater of Fox Sports Radio, Jorge Masvidal was wearing a surgical mask and hoodie when he punched Covington.

As noted in the police report, Masvidal could face serious battery charges from the confrontation. Covington ran back to the steakhouse after more people tried to get into the brawl.

Records show Covington called the police saying he had a fractured front left tooth, damage to his wristwatch. The incident comes weeks after both headlined UFC’S 272 at the T-Mobile Arena in Las Vegas, Nevada.