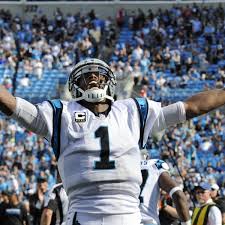 Cam Jerrell Newton is an American football quarterback for the Carolina Panthers of the National Football League. Nicknamed “Super Cam”, he is the NFL career leader in quarterback rushing touchdowns at 70.

Per The Athletic’s Joseph Person, Newton will sign a one-year deal with the Panthers. Ian Rapoport of NFL Network reported the deal is worth up to $10 million, with $4.5 million fully guaranteed and a $1.5 million roster bonus.

Cam Newton has found a new home, but it’s one he’s very familiar with. The Carolina Panthers announced they are bringing back the veteran quarterback, pending the results of a physical.

Jonathan M. Alexander of the Charlotte Observer reported earlier in the day that Newton was in Charlotte to meet with Panthers brass, including Rhule, owner David Tepper and vice president of football operations Steven Drummond. 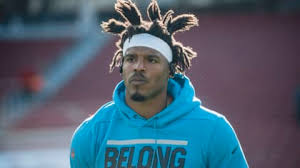 Cam Newton Net Worth: Cam Newton is an American football player who has a net worth of $75 million. Newton was quarterback for the Carolina Panthers from 2011 to 2019. Through the 2014 season he earned $5.5 million per year (thanks to his four-year $22 million contract). In 2015 he signed a five-year contract extension worth $103.8 million.

Sam Darnold went down with a shoulder fracture during the team’s Week 9 game against the Patriots, and with Darnold out for 4-6 weeks, there was only one option for his replacement.

“Without further ado, I will say something that I’ve been wanting to say for a long time: keep pounding,” Newton said to close the press conference.

“Keep pounding” has long been a Panthers motto. It originated in 2003, and you can read the story behind it here.