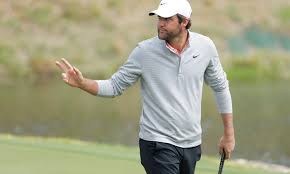 WGC Dell Match Play 2022: In the WGC format there are 16 groups of four golfers, and those with the best record will advance after a round-robin on Wednesday, Thursday, and Friday will advance to the Round of 16 on Saturday morning. Eight survivors from there will play the quarterfinals in the afternoon.

The PGA Tour returns this weekend with the 2022 WGC-Dell Technologies Match Play.

The unique tournament will run from Thursday 24 March to the championship round on Sunday 27 March.

The field will include the top 64 golfers from the Official World Golf Ranking as of 14 March, and if none is available the next highest ranked player is invited.

This time last year, Bryson DeChambeau was the biggest story in the game. After his absurd driving show (and win) at the Arnold Palmer Invitational, as well as his near-miss at The Players Championship, hopes were extraordinarily high for him at the Augusta National in 2021.

A year later – we’d just like to see him swing a club. He will do so for the first time this week at a PGA Tour event in Austin since he missed a cut at the Farmers Insurance Open in January.

The top seeds (pool A) are placed in groups of 16 with no. The remainder was accomplished through a random draw of one player from each pool.

Each group is played as a round-robin of match play matches held on Wednesday, Thursday and Friday, with one point awarded for a win and half a point for a tie. Sixteen group winners advance to the knockout stage

The following players qualified for the field, including the top 64 players available from the Official World Golf Rankings on 15 March.

The winner will receive 550 FedEx Cup points and a $2.1 million share of the $12 million purse.