Wasim Akram is a Pakistani cricket commentator, coach and former cricketer and captain of the Pakistan national cricket team.

Wasim, a crucial player of Pakistan’s 1992 World Cup-winning team, revealed to the Sunday Times that Huma was the one who “found me out” and recommended him to get assistance.

Wasim claimed in an interview to promote his new autobiography, “Sultan: A Memoir,” that this did not work because “the doctor was a complete con man,” and he went back to using cocaine.

It took Huma’s untimely death in October 2009 at the age of 42 for him to finally decide to give it up.

After he resigned in 2003, Wasim fell victim to the “all-consuming, enticing, and corrupting culture of fame in south Asia.”

“It was a replacement for the competitive adrenaline rush, which I dearly missed, or to take advantage of.” 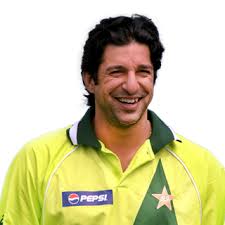 Akram sought assistance and entered rehab, but the experience was horrible.

He claimed that the doctor was a “total conman” who focused more on manipulating families than on treating patients, and on separating family from money than on removing drug users from their supplies. In the end, the commentator relapsed.

No matter what I did, a part of me was still smouldering inside about the humiliation of what had happened to me. My pride was wounded, yet the allure of my way of life persisted. I momentarily considered getting divorced. I chose to travel to the 2009 ICC Champions Trophy, where I was able to resume using away from Huma’s daily supervision, he claimed.