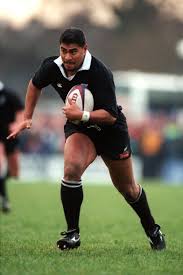 Born in Samoa, he represented New Zealand in rugby union, winning 19 caps, and later Samoa in both rugby league and rugby union.

He played in one rugby league and two rugby union World Cups.

One of New Zealand rugby’s modern legends, Va’aiga Tuigamala – known to a generation of Kiwi fans as ‘Inga the Winger’ – has died, aged 52.

The blockbusting, Samoa-born Tuigamala’s international rugby career spanned 19 tests for the All Blacks between 1991 and 1993 and, later, 23 tests for Manu Samoa from 1996.

In between times he switched to rugby league and played more than 100 matches for Wigan in the United Kingdom.

He leaves behind his wife Daphne Margarete Rose and four children.

Daphne Tuigamala was the wife of Va’aiga Tuigamala. She is the director of Peaceful Funeral Services Ltd.

Daphne Tuigamala and her husband Va’aiga Tuigamala have been married for decades. The couple had 2 children; Jordan and Vaise (Bubba). 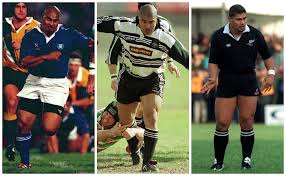 News of his death emerged on Thursday night just weeks after his sister Helen Verry died after being seriously injured at a church in west Auckland.

He was born in an extended family with 14 siblings. He adored his brothers and sisters and admired his folks for their sacrifices.

Tuigamala’s youngest sister, Helen Verry was a pastor. Previously, she died in a workplace accident on 30 January 2022 in Auckland.

Daphne is a popular celebrity wife-turned-widow. She is also a director of the Peaceful Funeral Services for several years.

As per NewsTalk Zb, Helen was 44 years old at the time of her passing. Besides, the accident case is being investigated by the police.