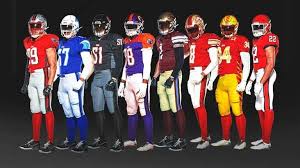 The United States Football League USFL is a professional American football league that began play on April 16, 2022. The inaugural 2022 season is being played in its entirety in Birmingham, Alabama.

The fourth week of the United States Football League has come and gone and the top teams in each division began to separate themselves from the pack.

The Birmingham Stallions remained undefeated with their close win over the Tampa Bay Bandits and the New Jersey Generals stayed on top with a win over the Pittsburgh Maulers.

The Stallions are the last remaining undefeated team while the Generals moved to 3-1. The Maulers are still looking for their first win.

Stars 26, Panthers 25: The Panthers miss a chip-shot field goal to put themselves over the Stars. Philadelphia capitalized on a muffered punt by Michigan with 7:29 remaining in the game. The Stars converted the turnover into a field goal, which gave the Stars one point, the winning margin.

Gen 21, Maulers 13: Despite two missed field goals in the fourth quarter, the Generals managed to hang on to the win. Darius Victor’s 3-yard touchdown in the third quarter gave New Jersey enough cushion to seal the deal.

STALLIONS 16, BANDITS 10: Birmingham stayed undefeated with the six-point win over Tampa Bay. The Stallions’ lone touchdown came on an Alex McGough run at the goal line. The Stallions then connected on field goals from the second quarter onward. Tampa Bay’s defense got to McGough four times. 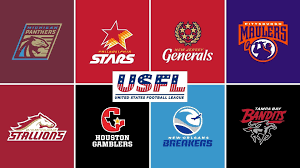 The New Jersey Generals remain undefeated against North Division foes, but the Philadelphia Stars are just one game away after a valiant attempt to win their matchup with Michigan.

The return of Alex McGough to the Stallions didn’t go as smoothly as perhaps he or Birmingham coach Skip Holtz would’ve wanted, as McGough threw for just one more yard (126) than Bandits quarterback Jordan Ta’amu (125).