The UEFA Europa League, formerly the UEFA Cup, is an annual football club competition organised since 1971 by the Union of European Football Associations for eligible European football clubs.

The champions league is the truly major competition. It places all the top teams from all the different leagues in a ballot to play off culminating in the final.

Europa league is a tier lower featuring teams that qualfy from forth postion or teams that fail to progress from the champions league.

The UEFA Europa League 2021-22 round of 32 clash will be telecast live on Sony Sports Network channels in India. Live streaming will be available on Sony’s digital platform SonyLIV app and website.

The match will be played on Thursday, February 17 at Camp Nou, in Barcelona, Spain. The game will kick-off at 11:15 pm IST.

Barcelona will be looking for a first-leg edge when they host Napoli at Camp Nou in Thursday’s playoff clash of the UEFA Europa League. 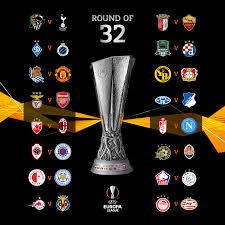 Barcelona’s presence has raised the profile of the UEFA Europa League knockout round play-offs considerably.

Xavi Hernandez’s side are in unfamiliar circumstances as they take on Napoli and, as such, can make a little bit of history; the five-time European champions won the UEFA Cup Winners’ Cup four times and the UEFA Super Cup three times, but the UEFA Cup/UEFA Europa League trophy has so far eluded them.

They did, however, win its non-UEFA predecessor competition the Inter-Cities’ Fairs Cup three times.

Alongside the UEFA Champions League, the UEFA Europa League knockout stages also begin in February with 24 teams still in the hunt for Europe’s second most important prize.

But unlike the Champions League, which is already underway with its Round of 16, the Europa League has a format tweak in 2021-22.

Before we get to the Europa League Round of 16, there is a new knockout playoff round that will determine the final eight teams to qualify for the Round of 16.