Here is the updated Most Raiding Points and Top 3 list of the ninth season of Pro Kabaddi League. 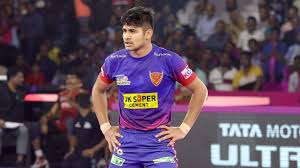 Naveen Kumar, the standout raider for Dabang Delhi in season 8, has started season 9 off well. He scored 28 raid points in just two games, both of which featured a super 10. As a result of his outstanding performance, dabang Delhi is currently leading the Season 9 points standings. 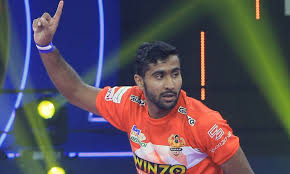 Rakesh, who was kept on by Gujarat giants, recorded 28 points in 2 games. However, despite his efforts, his squad was unable to win. Gujarat Giants competed in two games, losing one against Dabang Delhi and drawing the other with Patna. 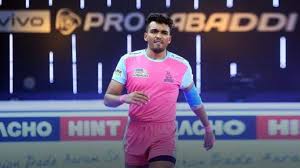 Pink panthers from Jaipur engaged in two close matches. The most encouraging aspect for the team was Arjun Deshwal‘s form, including a performance of 17 raid points against Up yoddha. Deshwal has scored 25 raid points in season 9 so far. In one of them, they recorded a win while in the other, they lost to Up yoddhas.