Cricket is one of the most popular sports in the world, right behind soccer. Cricket players make a good living, just like those who play football or golf. According to a poll, the national cricket body of India, the BCCI, invests the most in cricket relative to other countries. Franchise cricket leagues like the BBL and IPL now pay cricket players more than their national cricket leagues do.

The top 10 richest cricket players in the world as of 2022 are shown below.

The wealthiest cricketer in the world is Sachin Tendulkar, known as the “God of Cricket.” The ‘little master’, who has a net worth of $170 million (INR 1250 crore), retired from international cricket in 2013, yet he continues to make a sizable sum of money from his business endorsements.

The second-richest cricketer in the world is Mahendra Singh Dhoni, the former captain of India and one of that country’s most well-liked captains and wicketkeeper batmen. The Indian cricket team won the 2011 Cricket World Cup, two Asia Cups, an ICC T20 World Cup, and the prestigious ICC Champions Trophy when he served as captain. MS Dhoni is estimated to be worth $113 million (INR 860 crore).

Without a question, India captain Virat Kohli is one of cricket’s most well-liked players of the twenty-first century. The third-richest cricketer in the world is Virat. Virat Kohli has a $112 million net worth (INR 852 crore). One8 and Wrogn are two well-known fashion companies that Kohli owns (partnering with Puma). The only cricket player on Forbes’ list of the “highest-paid athletes in the world” is Virat Kohli.

Despite quitting cricket in 2012, former Australian captain Ricky Ponting is the fourth-richest cricketer. He has a $70 million net worth (INR 515 crore). 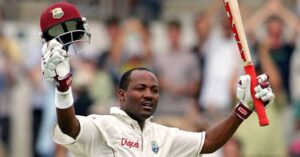 A former West Indies all-rounder and all-time great cricket player, is the fifth-richest cricketer in the world. Lara has a $60 million net worth (INR 415 crore).

The famed Australian leg-spinner Shane Warne, a former captain of the Australian cricket team, is regarded as the second-most successful wicket-taker in the history of the sport. S. Warne was valued $50 million dollars (INR 365 Crore).

The former Indian opener Virender Sehwag was well-known for his reckless play and aggressive hitting style. Sehwag has a $40 million dollar net worth (INR 295 Crore). 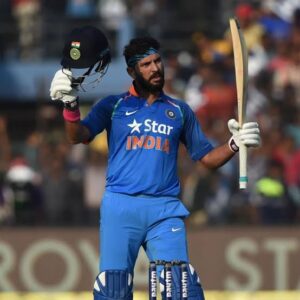 The all-around superstar of Indian cricket and the architect of India’s 2011 World Cup is Yuvraj. He came in ninth place on the list of the top 10 richest cricketers in the world and is known as “Yuvi” among cricket fans. He was an all-rounder and the Indian ODI team’s vice captain. Yuvi became well-known after the T20 world cup match against England, where he defeated Stuart Broad with six sixes in six balls. His wealth is $35 million dollars (INR 258 Crores).

In the past, Australia’s team included Shane Watson as a major star cricketer in every series and international competition. He participated in 307 international games overall, taking 281 wickets and scoring 10950 runs for Australia. Shane Watson is worth $30 million dollars (INR 221 Crores).