The hardest part of writing this article was selecting the first and second spots. There is no more contentious discussion in golf than Jack Nicklaus or Tiger Woods, outside of the big three in tennis—Federer, Nadal, or Djokovic—and Michael Jordan vs. Kobe Bryant vs. LeBron James in basketball. While the aforementioned pair occupies the majority of top 10 rankings, young golfers like Collin Morikawa and Jon Rahm, who are swiftly creating a name for themselves, are moving up the ladder.

Without further ado, let’s take a look at the greatest golfers in history. 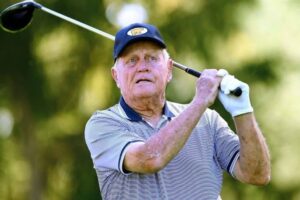 Jack Nicklaus, also referred to as The Golden Bear, is without a doubt considered as one of the world’s top golfers. Nicklaus was born on January 21, 1940, in Columbus, Ohio, and has been playing golf since he was a little boy.

His game has continuously improved ever since he shot 51 on his opening nine holes. He has participated actively in a few other sports outside golf, such as basketball, baseball, and tennis.

This golfing superstar, who has placed in 25% of his professional matches, requires no introduction. On that ranking, Phil Mickelson sits in second place with 8% of the total.

His victories at the US Open Championship (15 shots), the British Open (11 shots), the Masters (12 shots), and the “Tiger Slam” are only a few of his numerous accomplishments. 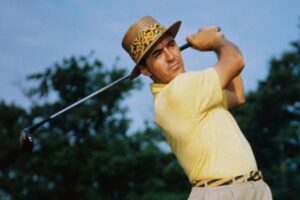 Samuel Jackson Snead was hailed as one of the greatest golfers in PGA history and was praised for his flawless swing, which has since inspired numerous copies.

The West Virginian Slammer, who invented a croquet technique in the 1960s, began as a caddy and rose steadily through the ranks. This Long Ball Hitter, who won 82 times on the PGA Tour, has victories in four distinct decades.

Arnold Palmer, a pilot, tycoon, and renowned golfer, was the driving force behind gaining widespread popularity for the game. Palmer, a daredevil, joins the likes of Nicklaus, Woods, and Snead as well-known golfers in PGA history.

Palmer, who was up in an industrial town in Western Pennsylvania, began playing golf at a very young age and was awarded a golf scholarship to attend Wake Forest University. Palmer, who was adored by fans for his risk-taking attitude, has received numerous significant honours in addition to championship medals. 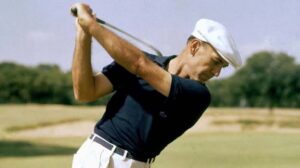 The consummate ball striker was renowned for emanating a sombre aura due to his laconic demeanour. At age 34, Hogan won the 1946 PGA Championship, his first major victory. Doctors warned Hogan that he might never be able to walk again after a near-fatal vehicle accident he escaped at the age of 36.

He suffered from chipped ribs, a broken collarbone, a fractured left ankle, a double pelvis fracture, and deadly blood clots. To everyone’s surprise, Hogan won the US Open in Pennsylvania (1953) just 16 months after the tragedy, and he quickly rose to become one of the finest players in the world.

Bobby Jones, one of the most renowned amateur golfers, won his first major competition at the age of just 14. The United States Golf Association became interested in this, which led to an invitation to compete in the US Amateur. He competed from 1923 to 1930, when he turned 28 and stopped.

Along with helping to create the Augusta National Golf Club, he also co-founded the Masters Tournament. Bobby was at the top of his game when he conquered the top amateur competition and beat legends of the game like Walter Hagen and Gene Sarazen. 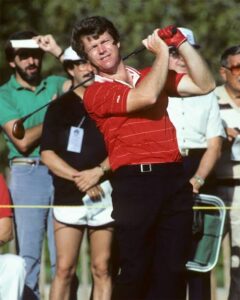 Sturges, Thomas From the middle of the 1970s through the 1980s, Watson, one of the greatest golfers of all time, made his domination known. Watson, who won eight major championships, was well-known for his long career in the sport and shown skill even as he became older.

He finished 59 and almost missed winning the British Open, falling short in a four-hole playoff. Watson was ranked as the top golfer in the world from 1978 to 1982, per McCormack’s World Golf Rankings.

Gary, affectionately known as The Black Knight, has won 167 international professional tournaments, earning him a spot among the greatest golfers of all time.

He was also one of just five golf superstars and the only non-American to complete a Grand Slam at the age of 29 after winning the US Open. Over 400 golf courses across the world have been designed by his Player Design Firm. 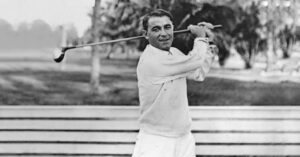 Walter Hagen was a significant player in golf in the first half of the 20th century, winning 11 professional majors.

Walter, known as the “founder of professional golf,” was regarded as one of history’s greatest showmen, whose panache had helped the sport gain notoriety, notoriety, hefty prize money, and lucrative endorsements. He also won the Claret Jug three more times, becoming him the first native-born American to win The Open Championship in 1922.