The tournament will start on 8th May and will continue till 14th May. Here is the full schedule of the match.

The tournament will take place at the Impact Arena. The venue is situated in Nonthaburi, Thailand.

The Thomas Cup began as a three-year event. Sixteen nations from four continents competed in the first competition in Preston, England in 1949.

It was a best-of-nine format with five singles and four doubles. Malaysia won the first Thomas Cup 8–1, with Lim Chuan Jeok taking the lead. 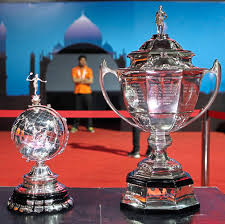 Thomas and Uber Cup 2022 will feature some of the best badminton players in the world. So, if you are a badminton fan, call your friends and catch all the actions live.

The 16 teams will be divided into four groups, with the top two teams from each group progressing to the knockout stage.

India’s women’s team is in Group D along with South Korea, Canada and the US. China, Taiwan in Group B.

BWF TV has the right to telecast the Thomas Cup live on their channel. You will need a cable TV subscription to watch the matches there.

They are the best place to watch every game of the BWF tour. The live stream of the Thomas Cup is available via BWF official YouTube channel.

Voot will be streaming the Thomas Cup live in India. But they will require a paid subscription. You can take any of their plans for the tournament. The monthly subscription can cost RS 99, whereas the yearly subscription costs RS 499.