The Tennessee Titans have secured the final financing for their anticipated $2.1 billion dome stadium, putting them in a position to host a Super Bowl whenever it opens at the start of the 2026 season.

Here are four important lessons to learn about the stadium design idea:

The stadium won’t have a retractable roof and will be dome-shaped. Retractable roofs aren’t used as much, according to Nihill. He suggested that it might have a transparent roof like the one on the Los Angeles stadium with cross-breeze ventilation.

The stadium will hold 55,000–60,000 people comfortably, which is plenty for a super bowl. Plans call for roughly 170 opulent suits.

With the upper deck of the new building positioned halfway into where club level is now, the revised plans seek to offer a considerably better viewing experience.

The 1.7-million-square-foot building with seating for 60,000 will be built on the east bank of the Cumberland River at the Nissan Stadium complex, which is tucked between the current stadium and the Interstate. 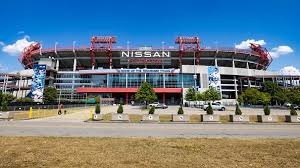 Weighing the price tag of renovating Nissan Stadium that opened in 1999 and building a new domed stadium nearby, the Tennessee Titans have landed a $2.2 billion decision to build new ones. And the city of Nashville agrees.

The Raiders’ Allegiant Stadium in Las Vegas and the NBA champion Golden State Warriors’ Chase Center in San Francisco were both designed by Manica Architecture, and the Titans are proposing a stadium with a translucent roof and a capacity of between 55,000 and 60,000 that will be usable year-round.

While a $2.1 billion new stadium proposal for the Tennessee Titans was only built on Monday, we’re already getting some insight into the design concept. Titans President and CEO, Burke Nihil, answered media questions about the project.