Jason Jenkins, who worked with the Miami Dolphins for nearly 14 years before rising to the position of senior vice president of communications, passed away suddenly on Saturday, the organisation announced. He was 47. Jenkins worked with the San Francisco 49ers for almost seven years before joining the Dolphins in 2009.

The cause of death is not known. The Palm Beach Post reported that Jenkins died after “a medical emergency.”

Jenkins has been senior VP since 2015 and has been working for the Dolphins since 2009.

Jenkins joined the Dolphins in 2009 and was named to his latest position in 2015. He was notable in creating the Dolphins Football Unites platform and was also the board chairman of the Dolphins Challenge Cancer Fundraiser.

Jenkins is in charge of the company’s front-facing brands, which include the Dolphins, Hard Rock Stadium, and the Formula One Crypto.com Miami Grand Prix as well as media relations, social media, and community outreach initiatives. 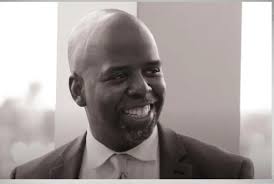 Jason Jenkins has an estimated net worth of $1 million.

American-born Jenkins was born in Texas. His mother and father’s identities and backgrounds are unknown as a result of his decision to keep his family out of the public eye.

He held the position of Senior Vice President of Communications and Community Affairs from 2015 till his death in 2022. He joined the Miami Dolphins in 2009.